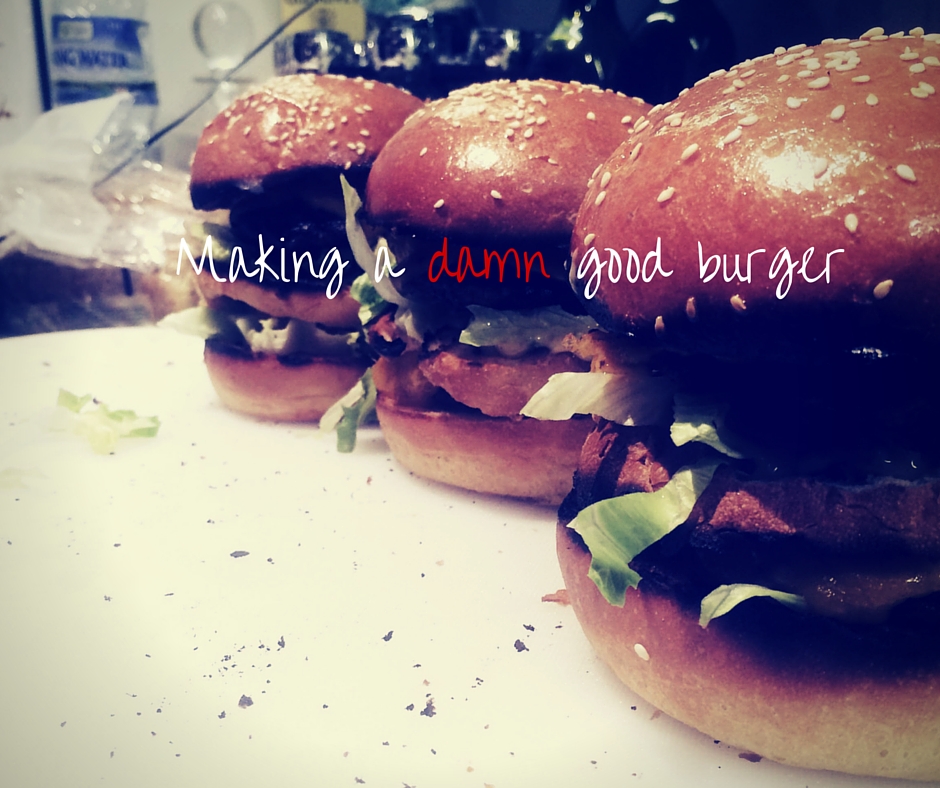 By Lachy Banton on Tuesday, March 29th, 2016 in Uncategorised.

I’ve often said “If I wasn’t a writer, I’d be a renowned chicken & waffle chef!” That’s not because I’m looking for a way out of writing (although it always pays to have an exit strategy :P) but because I just love cooking and being in the kitchen.

Dave, the other half of Sidecar Creative, also loves experimenting with different recipes. Most recently he showed up my slightly over salted pork spare ribs with his deliciously tender chicken thighs. But that’s a story for another blog.

Most recently we came across this article in News.com.au written by Warren Mendes who claimed to have cracked the golden arches coveted special sauce. Being a massive burger fiend, I had to try it. But I would do one better: instead of standard ground mince, we’d up the steaks (geddit?) with our own special mix of ground beef.

Any good burger chef will tell you the kind of mince you use, and how you prepare it is the difference between a good and phenomenal burger – which is what I feel was lacking from Warren’s awesome recipe.

So let’s get stuck into it, here’s what you’ll need for the burgers:

And here’s what you’ll need for that gorgeously tangy/creamy special sauce: First, you’ll want to prepare your patties. I can’t stress how important it is to select the right cuts of meat if you want a burger that will blow minds. We chose a mix of 50% brisket, 30% chuck and 20% rib. Brisket has a very grassy and sour flavour, heavy on the iron and liver. Rib, on the other hand, is extremely rich and nutty – this is all umami flavour baby. Finally we have chuck, which has a good lean to fat ratio making it well-balanced in terms of flavour but lacking any real character. It’s perfect filler.

We had our butcher put the meat through the grinder twice to achieve a silky mouthfeel. A big shout out to the Meat @ The Mezz team – always so helpful and always willing to share their knowledge.

Second most important part of your burger patty prep is not over-manipulating the mince. You want to handle it as little as possible once it has been ground. This means taking out a ping pong ball sized piece of meat and putting it straight into your burger press between two sheets of baking paper.

Your mix should yield about 6-8 patties. You can now set the meat aside until you’re ready to throw them on the hotplate.

Tip: add a piece of hickory smoking wood to the grill next to your hotplate to infuse a hint of authentic barbeque smoke flavour.

This couldn’t be easier – put all the ingredients into a ramekin or small mixing bowl and mix! I suggest tasting after adding each ingredient and calibrating to taste.

You have two options here: slice a single bun into three levels or sacrifice one bun to be sliced into as many middle piece as you require. Once sliced, chuck them face down on the hotplate and toast.

Here’s where you get to draw on all that knowledge you soaked up during your high school year’s working in fast food chains. Let’s make this super simple; working top down you want: Add the Top Bun and voila. You have just made the best multi-tiered burger in the neighbourhood!
– Lachy Banton